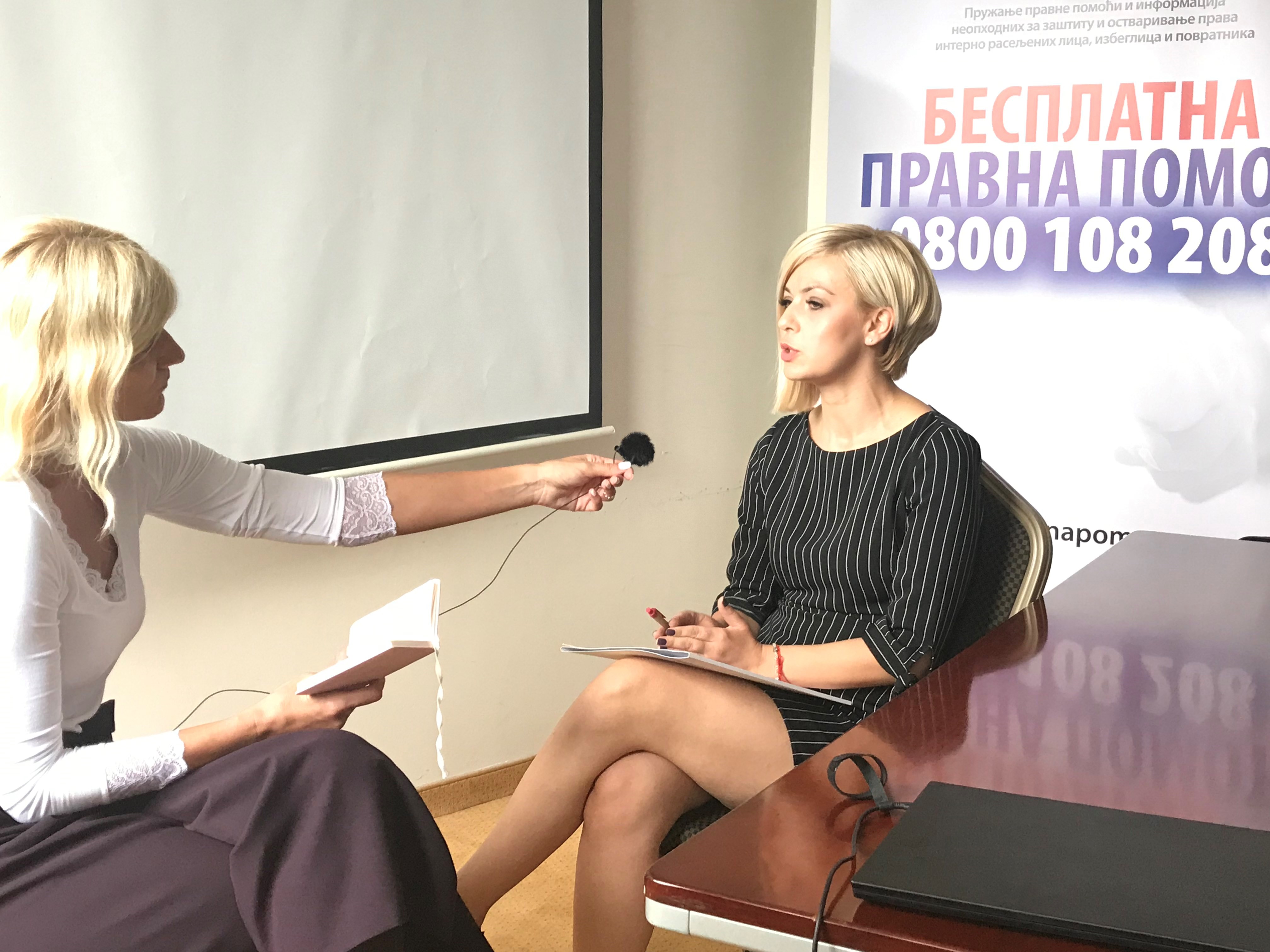 Within preparations for media campaign designed to present the free legal aid project, services provided under the project and results to date to general public, the project organized a training course for legal advisers. The training held on the 26th and 27th of September 2019 in Kraljevo was led by the Expert for Communication and Visibility Vojislav Milosevic with support of a special guest Nada Gogic, who shared some of her skills and experience gained working for years on television.

This two-day training was designed to prepare, through interactive workshops, the legal experts of the project for media appearances in order to help them present the project’s key messages to general public, as well as the direct beneficiaries in the most effective manner. Workshops on this training were directed towards improving skills for giving interviews and statements presenting the project, concrete activities and events organized for the duration of the project

The media campaign planned within the free legal aid project, which will be implemented in the upcoming months, apart from TV and radio commercials and web banners, will include the appearance of legal experts in TV programs, giving states during field visits, panel discussions and other events. The campaign is design to inform internally displaces persons, refugees and returnees upon readmission agreements on existence of the free legal aid, which has been enabled for them by the European Union and the Government of the Republic of Serbia since 2008 as well as draw attention of general public to the problems these vulnerable groups face.